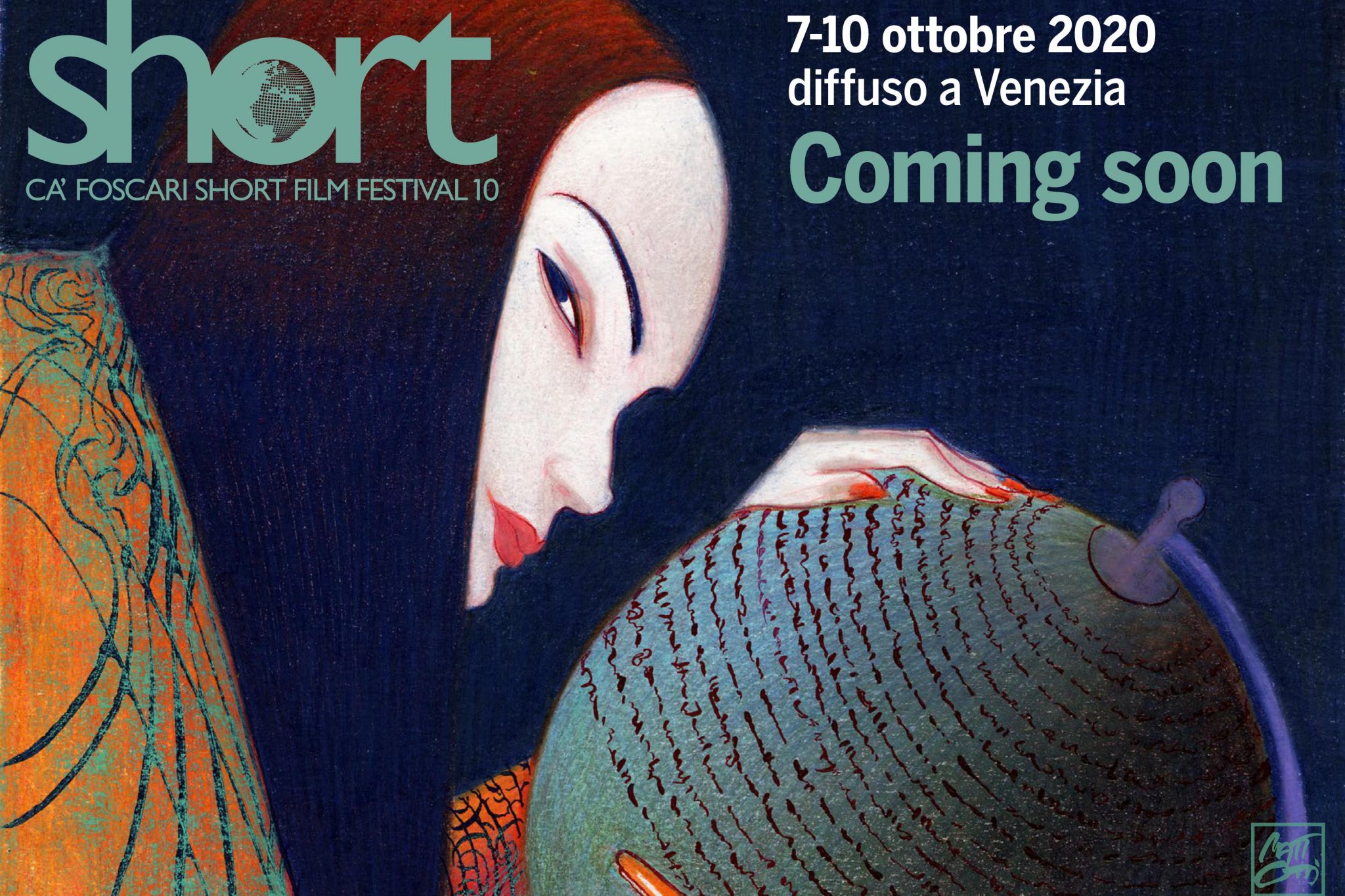 THE THIRD DAY OF THE CA’ FOSCARI SHORT FILM FESTIVAL 10

SCREENING OF THE FINALISTS FOR THE SIDE COMPETITIONS: THE MUSIC VIDEO COMPETITION AND THE OLGA BRUNNER LEVI AWARD

The third day of the Ca’ Foscari Short Film Festivalopened with the two side competitions that have accompanied the international competition for years. Firstly, the Music Video Competition, a contest that celebrates its 4th edition, dedicated to music videos made by students of universities and film schools from all over the world. A jury of experts selected the nine finalists coming from many countries, such as the Romanian Mtv is My Friendby Radu Popovici, the Brazilian Isis Broken feat. Netu – Devil Gasolineby Danilo Vieir and the Indian Fadedby Hibban Ashraf, a darker rendition of Alan Walker’s version. Italy is represented by Roberto Pisapiaof the University of Salerno with his music video La Casa dell’Orco(lit. The Ogre’s House), inspired by the homonymous legend from Irpinia, in the province of Avellino. The winner will be announced tomorrow during the closing ceremony at Auditorium Santa Margherita.

The seventh edition of the Olga Brunner Levi Prize was launched at midday. First established in 2014 in collaboration with the Foundation Ugo and Olga Levi Onlus, the Competition is dedicated to high-school students from all over the world. The source of inspiration for the Competition is the association of scholars and musicians that Ugo and Olga Levi founded in their own palace; such themes as women’s musical performances and the historical relationship between women and music are thus explored. In line with the vast participation of women directors to this year’s Festival, the eight finalists of the Competition are all female students, coming from such countries as Israel, USA, Turkey and Bangladesh, but also Spain, France, United Kingdom and Italy – the latter one being represented by Livia Proto’s WE. The committee is composed of Roberto Calabretto, president of the scientific committee of the Foundation Levi; Marco Fedalto, music composer for films and short films, TV series and documentaries; and Cosetta Saba, professor of Film Analysis and Audiovisual Practices in Media Art at the University of Udine. The committee will disclose the name of the winner tomorrow during the Closing Ceremony.

Just like every year, the Festival included the special program by Elisabetta Di Sopradedicated to Italian videoart. This year’s edition, The Suspended Glanceby Silvia Grandi, offered an anthology of works, the fil rouge of which is experimentation and digital processes, presenting artworks by Italian artists who approach art in a multi-disciplinary and multi-faceted way – from writingto animation, from performance to installations. The Suspended Glance included such works as Finoby Blu, an internationally acclaimed street artist; the multiple award-winning Il gioco del silenzioby Virginia Mori, a renowned filmmaker and illustrator; andWe move lightly by the illustrator Marco Morandi.

In the afternoon, in the wonderful setting of the National Archaeological Museum of Venice, Carlo Montanarohas taken the audience on a journey through time to discover the technological and linguistic evolution of cinema; starting from silver, which was used during the very first years of cinematic production at the end of the nineteenth century, to the digital revolution, which has transformed the seventh art over the last years. His special programme, A Venezia: dall’argento ai pixel, refers to the title of one of his volumes, originally published in 2014 and recently re-edited and enriched with illustrations, which has become the reference source of knowledge on this matter. Montanaro himself has highlighted the progress made in the technical field, using the city of Venice as a focal point. In addition to that, he has questioned himself about the issues connected to the loss of handicraft in the film medium and its inevitable “democratization” that led to the advent of digitalization in audio vision.

Then, the last works of the International Competition, which were divided into two sections, have been presented. The first section has been introduced by Orange, created by young Chinese directors Liu Yuchen,Lu Hai, and Zhang Zihan. Their short film evokes a tragedy which took place years ago and the small-town dynamics which often reveal themselves to be biased and unreliable. The neighbours speak ill of Mr. Wang’s funeral; however, the details of the story lose their way in the reports of his fellow citizens, who disappear as soon as the son of the deceased arrives in town. The plot is outlined at a slow pace, relying on a narration which is often ambiguous, as it is conveyed by gossip and becomes, at this point, of public domain. Later, Ladies of Wakaliwoodb y Swedish directors Linn Björklund, Nora Fogelström, Amanda Moen has been shown. Their piece of work is centred on the fight for self-affirmation, awareness, and the defeat of female stereotypes, which are illustrated in a bold documentary. In the “Ugandan Hollywood” of Wakaliwood, Zari, Shirah and Haaw are introduced to the world of acting. They are firmly convinced that acting can emancipate them. Zari gets the lead part; she is surprised as she is worthy of delivering kicks and punches, and she finally feels captivated and admired for her role. It is the performance of a woman coming from a slum, which is ruined by the typical stereotypes about the female world, however vital.

Still taking place in the African context is Moya, the third short film produced by the South-African film director Siyabonga Mbele and which reflects upon death. Among colourful clothes and tribal dances, a girl is signed by an internal conflict and, in order to find a way out of it, she goes on an otherworldly journey in quest of her spirit. There she will be hunted by Death, ready to chase the young girl. The narration moves to Singapore with Adam by Shoki Lin, the story of a nine-year-old boy who tries to deal with a silent but troubled daily life, looking for the love of his distant mother and father. The Mexican film director JoséLuis González Peñaproduced Superficies, the story of a lost and confined humanity, although in an endlessly open space where the mirroring surfaces are the spectators of the conflict between the two siblings Elanio and Mirlo, forced to be locked in the middle of nowhere due to a broken pneumatic. The first section of the competition was closed by Soleil,a sino hongkongese project by Tianxiang Yang and Hoi-ming Pauwhich depicts actors and actresses in a limbo between fiction and reality, questioning about how thin is the line between the two worlds.

Then the last six short films of the International Competition have been displayed, beginning with Feliz Natal, Sr. Monstro of Portuguese directors João Pais da Silva and André Rodrigues, an irreverent black comedyshot inside an abandoned shopping centre. Here a little girl meets a man dressed up as Santa Claus who is suspiciously wandering around the corridors. To follow, the short film from Spain by Chinese director Jiajie Yu Yan, entitled Xiao Xian, has been screened, where the main character receives from her mother the task of finishing up a dress overnight but is then persuaded by her best friend to go to a party where something unexpected is going to happen. Aysanf rom Iranian director Mehrshad Kheradmand sees the lead actress hired to play the role of Aysan, a friend has left her to look after her son, so she tries to avenge herself by resisting and freeing herself from this grip that imprisons women.

Following these short films, one of the two Italian works in the Competition has been screened.  Mentre Dormi by Francesca Giuffrida. Through her work, the director asks the audience a question: what would happen if doctors were able to create a technological system that allows the elderly patients in a coma to keep on living inside a virtual life? This is what the director is envisioning, by staging the story of Giovanni who, after a year spent in a coma, gets inserted into the Virtual Life Program while his wife Anna is wondering how he could be living his new life. Rita, on the other hand, tells the story of a 4-year-old girl who grew up in Morocco with her mother without ever having known his father, a former Palestinian prisoner seeking asylum in Belgium. Through this personal and real story, the director Loubna Briac, bravely faces the Palestinian question. The last short filmpAà presented today was Piolun (Bitter Herb) by Polish director Maria Ornaf, the story of a dysfunctional family relationship in which the sins of the fathers seem to inevitably fall upon the children, who are desperately trying to rebel against their fate.

This evening the awaited meeting with composer Pino Donaggio will finally take place: he will talk about his long career interviewed on stage by journalist Anton Giulio Mancino.